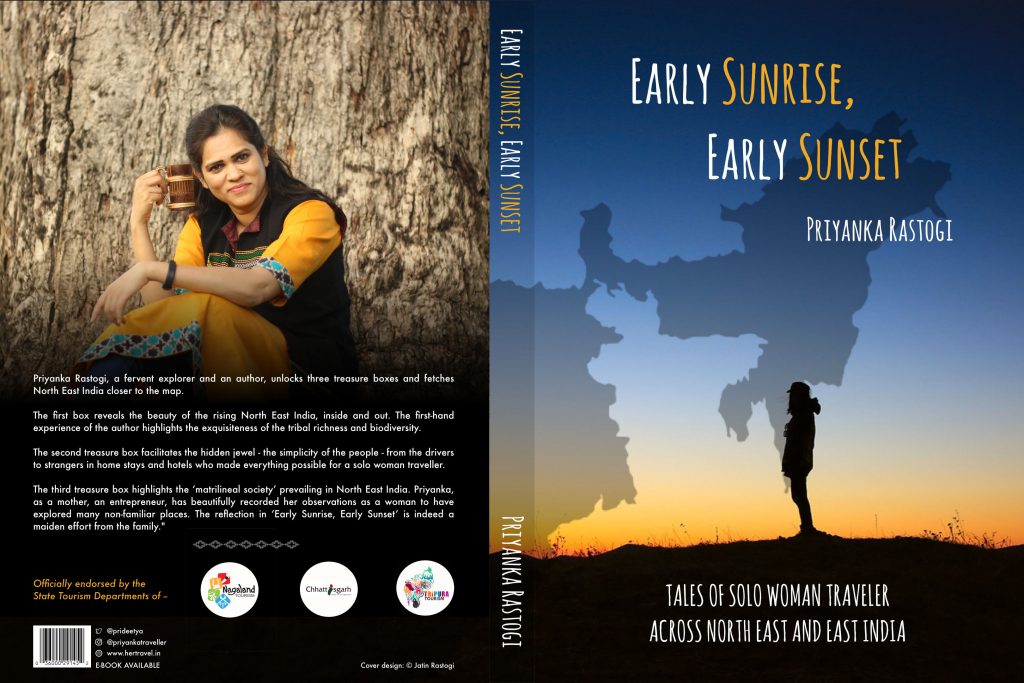 Priyanka is a fervent explorer backed with rich experience in travel and tourism Industry from the grassroots level. As an author of ‘Early Sunrise, Early Sunset,’ she opens up three treasure boxes to you, the readers. The first box reveals the beauty of the Raising North East India, the seven sisters – Chhattisgarh, Sikkim, Bihar, West Bengal, Jharkhand, and Orrisa – inside and out. The nuances of traveling to the familiar and non-familiar areas, interacting with the natives and, the first-hand experience of the
author highlight the unknown facts and exquisiteness of these states. This treasure box is sure to bring these states closer to the map and help to make your travel plans better. Traveling as a ‘Solo Woman’ is not about breaking the values, but the barriers living in the minds. The second treasure box reveals the ‘feminism in a true sense,’ and, defines a different perspective to the ‘matrilineal society.’ Priyanka, as a mother and with a family to take care of, shows how women can create their paths by breaking the stereotypes without compromising on the values, Yes, one need not forgo the responsibilities or the family to follow their dreams. Priyanka divulges the
secrets how she discovered her true self and built an ability to balance life enhanced her Emotional Quotient and be content by traveling to exotic places as a solo traveler.
The emerging online travel industry revolutionizes the way Indian tourism operates and opens up newer business opportunities. The third treasure box facilitates the hidden jewels – the beautiful and exotic places to stay – in these states. She shares her experience with various hotels, homestays
where she had stayed, its uniqueness, how to reach and what best to do during your stay there. Food is the primary aspect that makes or breaks one’s travel experience. She has explored the signature dishes in each state and provides information on veg and non-veg restaurants, eateries to satisfy your taste buds. Along with the shopping experiences, this treasure box is sure to help plan
your travel budget very well.

‘Traveling is not something you are good at. It’s something you do like breathing.’ What initially started as work (Researching about the lesser known destinations in the north-east India) quickly transformed into my passion; and it was then that I knew this wanderlust within me was unstoppable. Also, being a woman with a family to take care of, I always wanted to break the stereotype of our prevailing patriarchal society with the fact that a woman can very well follow her dreams even after getting married. It always gives me a sense of pride and honour to have a supporting husband, mother in law and daughter who very well understands me and my goals as a woman solo traveller. With such a loving family by my side, I am very proud to being able to share my enthralling north-east experiences with everyone via my upcoming book “Early Sunrise Early Sunset”.

The book will cover my expedition to the Eastern India states including the seven sisters, Chhattisgarh, Sikkim, Bihar, West Bengal, Jharkhand and Orrisa. I couldn’t have given more justice to the title of this book if not this. Talking about India specifically, Arunachal Pradesh lies on the easternmost tip whereas Gujarat lies on the westernmost tip of the country. Therefore, people living in Arunachal Pradesh are the first one to witness the sunrise across India (around 2 hours early than that of Gujarat) i.e. they have already started with their daily chores at 4:30 AM while the people in the rest of the India are still in their bed having a sound sleep. I wasn’t sure either, when at first my driver asked me to be ready by 4:30 AM the next day. But surprisingly, the markets and shops were all open by 5 in the morning.

Also, since the people of East India start their day much earlier than the rest of the people in the country, they are again the first one to end their day. So, whenever you decide to visit eastern India, you won’t find many of the tourist places open for visitors beyond 4 or 5 PM as it starts getting dark by then. This reminds me of an incident when I was in outskirts of Kohima in Nagaland. It was during one December evening that I received a call from my daughter’s school bus coordinator in Bangalore. He called to inform that he would be dropping my daughter at home a bit late than her usual timings. Since it was all dark by then, I got really scared of the fact that my daughter wasn’t home yet. However, as soon as I checked the time in my wrist watch, I realised that I was in North East and which is why it was all dark outside at 4:15 PM only.

What next boosted my confidence to pen down my entire voyage was the rare sight of matrilineal society in India, which only prevails in Meghalaya. Here, women are the head of the family and they are the one responsible to earn a living to support their families. It came to my utter surprise that the entire north-east was quite different in terms of culture from the rest of India. The fact that it is the safest part of the India for women to live always make me fall harder for this place. Yes, be it 4 in the morning or late in the evening, women can easily roam around without any fear of her safety. My visit to the world’s only women run market in Imphal- Ima Keithel Women’s Market is very well mentioned in detail in the book and I am sure the readers will love to know more about this woman oriented state of India.

This entire journey in the development of “Early Sunrise Early Sunset” was no easy and hope to reach a milestone where I can actually be able to make people well aware of the undiscovered beauty and diverse culture of the East India by sharing my experiences in a form of a book! 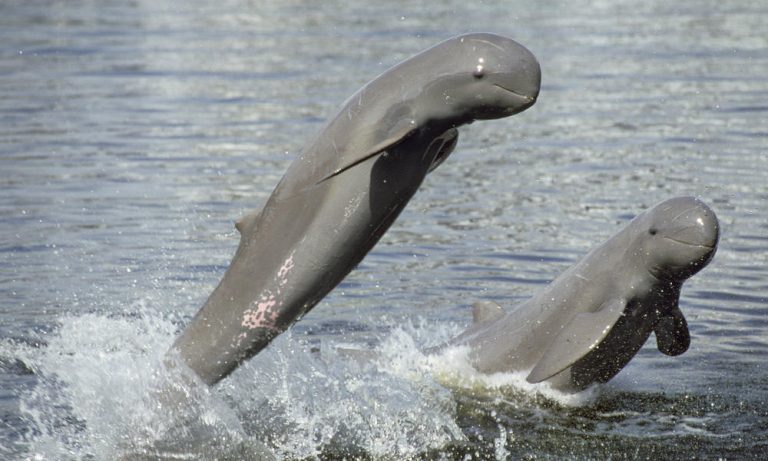