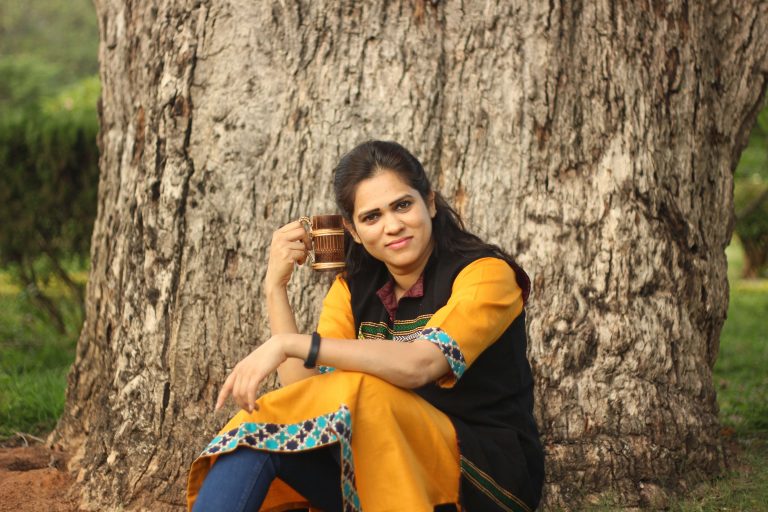 Since I am not a born Author, in fact, I am a traveler first and about be an Author next in that order, I would like my reader to know me from this prism. I believe all of us are born travelers as kids but each one of us realizes that potential at our own time. My first blush with travel was academic more for earning a living from the industry when I joined my Post Graduate Diploma course in Travel and Tourism Management in 2002 in the historic city of Lucknow. As a young 19-year-old girl from Bareilly in Western UP’s hinterland moving out of the home to Lucknow, the state capital with the aim to study a topic which none in my family had knowledge was a forward change. But thanks to my parents and friends I made during the course the shift was enjoyable and forward-looking. It was a branch of India’s premier Tourism institute IITTM Gwalior and the course came true to its reputation enabling me to crack my first job in UP Government’s State Tourism Development Corporation as a Tourism Executive straight from campus.

It was an unbelievable feeling of cracking the first job that too in the bureaucratic department of my native state. Coming from a humble family background with a large family of 4 sisters and 1 brother all dependent on parents, standing on my feet as a girl back in 2003 era was still considered to be a hard feat, more so when you get employed with a government department. Though the job was on contract but it provided me the ideal launch platform with multifarious responsibilities ranging from handling back office job of tour fulfillment, sales of tour packages of UPSTDC, inquiries and even acting as tourists guide for Awadh capital. It provided with right contacts helped me connect the academic knowledge to the practical world and above all lead to interactions with a range of tourism and travel professionals who were forecasting the rise of this industry and tremendous opportunities for domestic tourism industry ahead.

My attachment in travel as a career woman was getting more passionate and motivating. After a one and half year stint in Lucknow, I moved on the capital New Delhi into India’s state-run airline Air India as career progression. While UP was all about within state exposure this was operational fulfillment of Air India packages to leisure destinations domestic and International. Here I broke through the hierarchy in the voice support and quickly found my groove as a team trainer task along with individual responsibilities. My people skills and risk-taking appetite took a leap of faith and after 2 years of attending to calls and support emails and thought I moved on to a digital travel startup IHR (IndiaHotelReview) aiming to disrupt travel in India operating out of Noida as City Expert for UP and Sales Team Lead in April 2007.

It was in IHR where I got married literally not just to Incredible India’s classical tourism diversity riding on Internet and mobile wave and my husband Ankit Rastogi, co-founder of IHR and a techie turned travel entrepreneur. The venture was one of the first online travel platforms purely for accommodation and tour packages in budget space thriving in long tail destinations. IHR was the place where I took the flight of exploration with multiple roles, departments and a fast yet growing portfolio of destinations, accommodation options, packages, travel guide, reviews, and question answers. This was not just horizontally spread but a lot deeper attempting to make a mark online, win consumers and supplier trust. IHR was the place where we innovated as a small agile team and I first time got into knowing North East India through assisted sales riding on organic traffic, mobile penetration and burgeoning shift from offline to online tourism. I was booming with confidence, learning a day in and out about the finer intricacies of the tourism industry, researching a lot on the geographical wonders India presents for leisure travel be it a pilgrimage, weekend, long holidays, family reunions or individual backpacking trips. During this stint of 5 years of IHR, I evolved from being a travel professional earning bread and butter from same to an individual who is living travel as a passion thoroughly enjoying the world of Tourism and Hospitality. It is worthwhile to note that importance of Content, research around a destination content, destination marketing, devising offbeat content marketing campaigns, deep dive around consumer strategies for demand generation and educating the Indian suppliers on digital advantage along with operational excellence were a couple of the traits which I learned during this entrepreneurial journey. Just on content IHR was acting as a growth engine of content giving rise Transactional, Social and Editorial part of the content way before SoLoMo – Social, Location, and Mobile had become the buzz words attracting more than 90% of its customers either direct or organic. North East region lead by me and well supported by our team, became a successful corridor within this impactful journey of IHR. I started dreaming to be there and know more about the territory lying East of India’s chicken neck.

While all this happened in 2012 IHR senior team was acquired by goibibo and we all became part of a larger OTA assigned with the task of setting up hotels and holidays business shifting from Noida to Gurgaon. It was here in goibibo as part of starting a team of hotels contracting I nominated for East and North India for Market Manager role and went into overdrive realizing my dream of traveling to this beautiful region comprising of 7 sisters and Sikkim multiple times. Reaching out to all stakeholders in accommodation at various stages of scouting, onboarding, listing, engagement, sales & promotions, marketing, post booking, conflict resolution, and reengagement was my KRA. As you can imagine this was only done with numerous trips to Kolkata, Bagdogra, Bhubaneswar, Guwahati and beyond. While the region was already widespread I was fortunate to be also gifted with neighboring territories of Bihar, Jharkhand, and Chattisgarh. I also had a local team for the job. It was on these trips from 2012 summers to 2015 mid from Gurgaon I started closely observing the local life of North East belt. This lead to a lot of follow-up trips on personal note fuelled by the interest for the region and especially the people. I have never been a writer forget authoring a book but I was always a casual photographer always a person loving to interact, smiling with people, having a penchant for making social connections and absorbing the place as evolved traveler rather than tourists. These trips official or personal brought me closer to India’s Land of Rising Sun and more I connected with this part taking my notes, it came as a stark realization that awareness is missing for this part globally and more so in our country.

My next switch from North to South to another travel online startup but bent on creating the alternate accommodation ecosystem in India named Stayzilla was instrumental in making me believe that writing a book on North East is what I should do some time in my life. Though when I shifted to Bangalore from Gurgaon in 2015 July I had never thought of the same. But it came natural as Senior Market Manager Marketplace part of East region team, travelling further into interiors of North East region, meeting thousands of house owners after conducting hundreds of Homestay meets and above all staying with plenty of native families I started forming the belief that this tribal, mystical, green and Himalayan heartland will be my playground for scribbling my thoughts in the form of a book. I was busy in enjoying my Stayzilla work profile of creating the only relevant parallel to Airbnb that too larger than it on local scale working with the capacity building providers like central and state tourism government, local associations, self-help groups, PR machinery, and various tourism management entities brimmed with innovation. The passion for Homestay’s, Bed and Breakfast or Shared accommodation had quickly lead Stayzilla becoming a household name in the region until it came to an abrupt end in March 2017 halting operations due to investors pulling out. Stayzilla was not another job it had transformed my life rotating it 360 degree. I had started with managing budget accommodation in IHR, move to star category in goibibo and came to Homestays with Stayzilla. It made such an impact in my personal life that I became a staunch propagator and supported of Homestays in North East making numerous trips in personal life. Importance of a Home over a commercial Hotel or Resort, the involvement of people in a trip, traveling like a local and doing what locals do, environmentally friendly travel, impact tourism and tourism for all are a couple of intricacies which Stayzilla taught me.

It was this trigger and void from the job that immediately lead me to pen down my memories of a decade starting 2017 to 2007 in reverse chronological order around common chord of North East and East India. Named as Early Sunrise Early Sunset – tales of solo woman traveler across North East India is my attempt as an author.