Often known as the kingdom of wilderness, North East India is still in the books of least explored north east india places and which is why I always feel proud to be one of the very few women solo traveler being able to explore this untouched haven. Nestled between the Himalayan ranges in the north, Myanmar in the east and Bangladesh in the south, the region of north-east India comprises of eight states namely Assam, Mizoram, Manipur, Arunachal Pradesh, Nagaland, Tripura, Sikkim, and Meghalaya. Each of these 8 north east indian states are blessed with natural beauty and abundance of flora and fauna. Largely due to the impact of the Brahmaputra River, the ecosystem in this part of India has attained unique topographical features that have turned the region into a safe haven for wildlife.

Undoubtedly these north east tourism attractions are great choice of place in terms of rich bio-diversity, I didn’t want to miss an opportunity to spot some of the most endangered species on the earth and hence, one of the prime reasons for me to embark my journey to the north-east. People who have a love for animals and wish to acknowledge this enthralling experience must not miss exploring the wildlife in north-east India.

Home to two-thirds of the world’s great one-horned rhinoceroses, Kaziranga National Park is a famous UNESCO World Heritage Site and one of the richest and charming wildlife homes in Assam, North East India. It is also a tiger reserve with the highest number of tigers amongst the protected areas in the world. Apart from this, the park has been acknowledged as a significant bird area by Birdlife International Society as it is a home to various species of migrating and resident birds.

Since Kaziranga lies on the banks of Brahmaputra River, every year it is hit with numerous floods during heavy monsoons which leads to great losses including greater precautions to save these species which are already at the verge of extinction. This is the reason that it is partially opened during the months of October and May and is completely shut during June to September.

I thoroughly enjoyed exploring the hidden mystery of the dense jungle on an elephant that was steered by the professional Mahout. You can also book a jeep safari to have an all-round trip exploring these species. So, if you are looking for some fun and thrill, you should definitely go for north-east adventure tour packages.

Nestled in the foothills of the Great Himalayas in the state of Assam, Manas National Park or Manas Wildlife Sanctuary is yet another magnificent wildlife habitat in India. It is one of the UNESCO World Heritage sites. Not only this, it is collectively known as a Tiger Reserve, Elephant Reserve, and Biosphere Reserve, as the park is fully occupied with a large number of tigers, elephants and other fauna & flora species.

Though I haven’t been to Manas National Park yet, one can scout this wild forest while sitting atop the mammoth elephant. Travelers can even opt for an adventures jeep safari to explore deep in the jungles. One can easily spot the Asian elephant, Asian water buffalo, slow loris, hoolock gibbons, sloth bear, barking deer, sambar and hog deer here. Some of the major charms for bird lovers here include giant hornbills, jungle fowls, brahminy duck, egrets, pelican, eagles, falcons, bee-eaters, herons and ospreys.

This among other north east wildlife sanctuaries and national parks attract a huge number of visitors and are significant tourist attractions in the north-east. Also, here one can indulge himself/herself in north-east activities like bird watching, horse or elephant rides, jeep safari and much more.

The Pobitora Wildlife Sanctuary is a small heaven for the wildlife lovers with the densest population of One-horned Rhinos in the world. It has gained immense fame due to its closeness to Guwahati (located 30 km to the east of Guwahati) and Kaziranga National Park.

My upcoming book on the north-east will surely be a delight for all the nature and wildlife lovers as I have penned down in detail about my full day excursions to these wildlife parks with a high density of Rhinos.

Located in the foothills of the Eastern Himalayas in the Sonitpur District of Assam, Nameri National Park is a birdwatcher’s paradise with over 300 species including the great pied hornbill, white-winged wood duck, wreathed hornbill, rufous-necked hornbill, ibisbill, blue-bearded bee-eaters, black stork, babblers, and plovers. It shares its northern boundary with the Pakhui Wildlife Sanctuary in Arunachal Pradesh.

The Pakhui Wildlife Sanctuary or Pakke Tiger Reserve is famous for four species of Hornbills. This Tiger Reserve initiated Hornbill Nest Adoption Programme for which it even won India Biodiversity Award 2016 in the category of ‘Conservation of threatened species’.

Another in the list is the Buxa Tiger Reserve in West Bengal. It is the easternmost extension of extreme bio-diverse North-East India and borders Bhutan. This reserve is somewhat adjoining with Manas National Park and forms an important elephant migratory corridor. The elephant and the tiger are prime species found in the reserve.

Snuggled at the foothills of the Eastern Himalayas in Alipurduar District of West Bengal, the neighbouring Chilapata Forests forms an elephant corridor between Jaldapara and the Buxa Tiger Reserve. The main attraction of the park is the Indian one-horned rhinoceros. The park is a home to the largest rhino population in India after Kaziranga National Park in Assam. Also, it is an ultimate bliss for bird watchers for it is one of the very few places in India, where the rare Bengal florican is sighted.

Located 48 km away from Imphal in the corner of Manipur’s iconic Loktak Lake, the Keibul Lamjao National Park is the only floating park in the world. This park houses the endangered Manipur Eld’s deer or brow-antlered deer or Sangai. Loktak Lake has an exceptional ecosystem which is a Manipuri word called ‘Phumdi’ (meaning floating mats of soil and vegetation). Majority of Phumdi’s area in the Loktak lake is in the Keibul Lamjao National Park.

Chilka Lake is Asia’s biggest saltwater pond and is located on the eastern coast of India in Orrisa. This pear-shaped lake, separated from the Bay of Bengal; also holds one of the most supportive ecosystems in the name of Chilka Lake Sanctuary. Since Chilika Lake attracts a large number of aquatic birds preferably in winters for the migratory counts, it is a real paradise for the bird-lovers. It is also known to be one of biggest breeding places of flamingos in the world.

Moreover, Chilka Lake Sanctuary is known for its breath-taking sunrise and sunset views. Lots of people especially visit this sanctuary for this grand view.

The sanctuary also has a large population of birds that include Parrots, Bulbul, White-rumped Vultures, Green Avadavat, Lesser Kestrels, Peafowl, Wood Peckers, Racket-tailed Drongos, Egrets, and Herons. Bird watching in Barnawapara is one of the most popular leisure activities to indulge in.

There’s something pacifying about traveling all by yourself! You get to get away from the maddening life and appreciate the pretty little things that nature has blessed us with. While I am still learning my way to life, the moments spent in Darjeeling’s Zoo are my favourite! Till that day, I wasn’t really aware what this place had stored in for me. Was hoping it to be just like any other zoo. However, just a sight of those little and cute Red Pandas made me dance with joy and sheer happiness. Though the reality of these species going endangered is a bit saddening, I am glad that we still have them in our country all safe and secure with proper natural habitat for them to live in. Here, one can also find the rare Himalayan Wolf and Snow Leopard. You can even spot plenty of Red Pandas at Nokrek National Park in Meghalaya.

This north east travel blog is just a mere glimpse of what all north-east India constitutes. Words always fall short while describing the beauty, landscape, and ecosystem of this region. However, my upcoming book- Early Sunrise Early Sunset is an attempt to give justice to my solo experiences of northeast travel attractions and share them with everyone in detail. 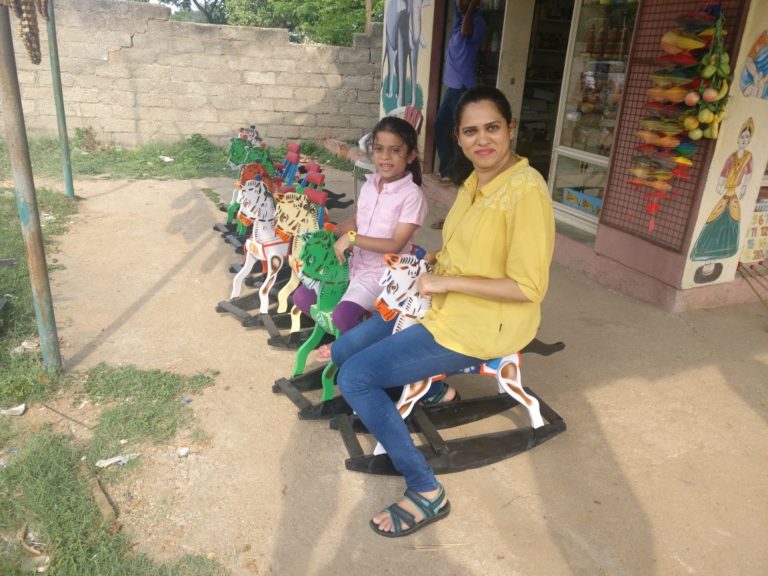 Yes, Mothers! This Mother’s Day Gift Yourself a Solo Vacation! 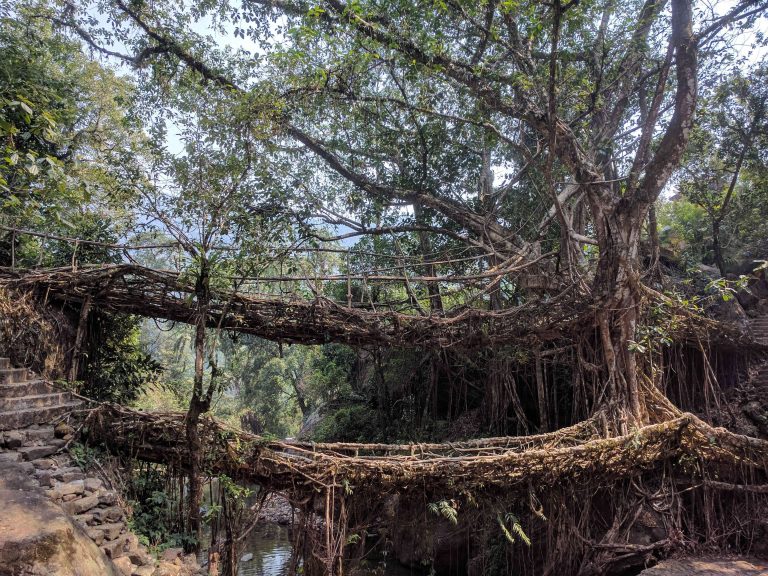 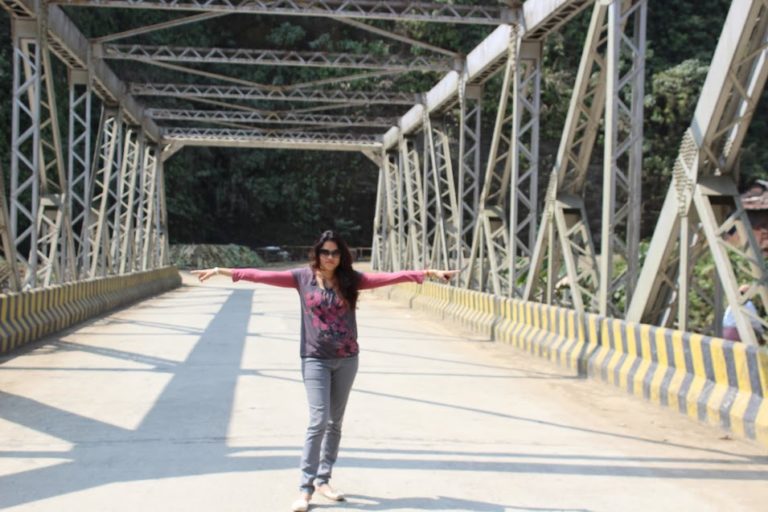 This International Women’s Day Be Unstoppable 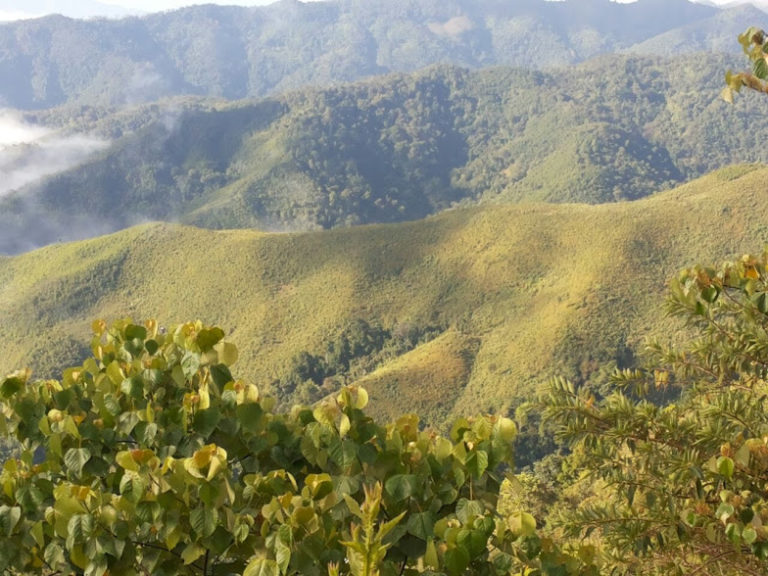 What’s in the North-Eastern State Names? 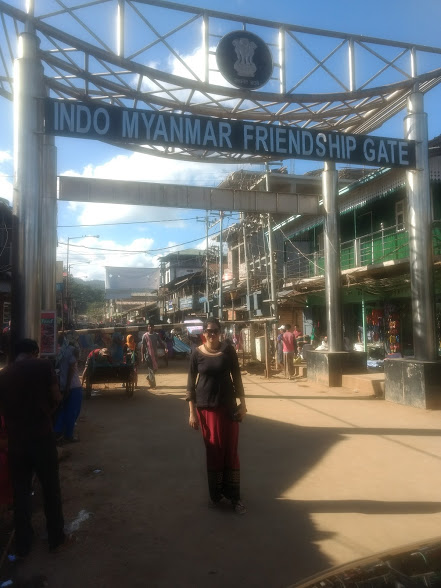